Stainless Steel Industry’s Contribution to the Make in India Campaign. 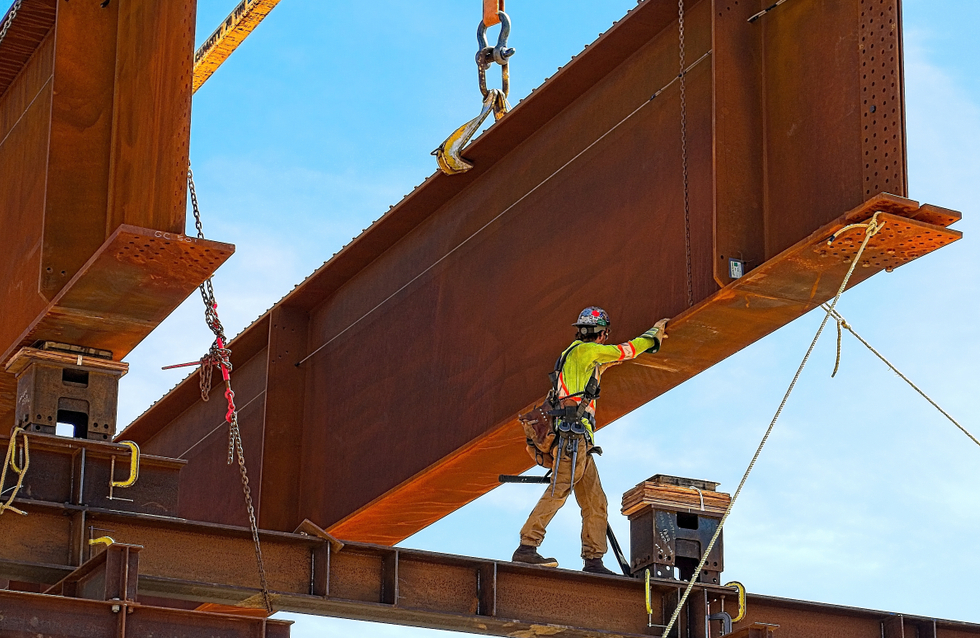 Modinomics, based on PM Modi’s realistic economic policy, launched the “Make in India” campaign on September 25, 2014, similar to the United States’ “Buy American” campaign. Its primary purpose was to position India as a worldwide industrial powerhouse. The method pursued was to encourage international and domestic corporations to produce their products in-country. The ultimate purpose of both the American and Indian campaigns was to boost their respective economies, which had been hammered by extended economic sluggishness. The concept is that protectionism is used to safeguard local industry while also generating revenue and employment growth. This article investigates the role of stainless steel (SS) in India’s Make in India effort.

To promote the expansion of the industrial and service sectors, the “Make in India” policy is labour and capital intensive. One of its primary areas of concentration is India’s stainless-steel sector. The global stainless-steel market was worth USO 85.45 billion in 2016. In 2017, India was the world’s second largest producer of SS, after only China. Its stainless-steel production was 3.6 million tonnes, with a 10% yearly increase.

However, in recent years, the Indian stainless-steel industry has experienced a downward spiral in terms of growth. This was owing to high manufacturing costs as a direct result of customs charges imposed on crucial raw supplies. As a result, rising input costs will undoubtedly have a negative impact on industry participants. However, this strategy does not spell the end of the world.

It should be mentioned that the rise of the steel business in India has been largely driven by the abundance of iron ore and inexpensive labour. As a result, the steel sector contributes significantly to India’s manufacturing output.

The steel industry has seen significant investment as a result of the programme. This included not only the local stainless-steel industry, but also the mining and metallurgical sectors. Between 2000 and 2018, the metallurgical sectors attracted US$ 10.84 billion in FDI, according to the Department of Industrial Policy and Promotion (DIPP). A million-tonne-capacity steel plant in Jharkhand is one of the large-scale projects in the steel sector. The overall cost is 22,000 crore, or $3.13 billion in US dollars.

The government has imposed a 30% export levy on iron in order to ensure a constant supply of raw materials to the domestic steel sector. In addition, the government has increased infrastructure and transportation projects in order to enhance steel demand. This is accomplished in part by hastening the growth of the rural economy and by improving infrastructure, both of which are expected to drive increase in steel demand.

The National Steel Policy (NSP) was approved in 2017 with the goal of projecting an internationally competitive steel sector. Between 2030 and 2031, the NSP 2017 projected 300 million tonnes of steel-making capacity and 160kg per capita steel usage. In addition, the Ministry of Steel has established the Steel Research and Technology Mission of India (SRTMI), which is steel-focused. This was created with the assistance and involvement of steel businesses from both the public and private sectors. The primary emphasis is on R&D. The initial investment was Rs.200 crore ($30 million).

According to the Ministry of Steel, the National Steel Policy 2017 and Domestically Manufactured Iron & Steel Products Policy 2017, implemented in the aftermath of Mii, increased steel production and consumption. Per capita consumption increased from 59 kg between 2013 and 2014 to 69 kg between 2017 and 2018. Between 2017 and 2018, India produced 103 million tonnes of steel. In 2018, the country was expected to be the second largest producer of steel.

There is undeniably significant potential for India’s growth in the stainless-steel business. It has a low per capita use of steel. Increased infrastructure investment, as well as strong expansion in the automobile and railway sectors, will assist to enhance the stainless-steel sector. Furthermore, expanding R&D in stainless steel manufacturing will boost product sales by improving durability, corrosion resistance, and strength. End-use industries are also increasing their demand.

India recognises the importance of increasing mining capacity in order to ensure that its steel is sold at competitive prices. This necessitates a change to the Mines and Mineral Development and Regulation Act. Furthermore, local businesses must improve their factories so that stainless steel items can be marketed at reasonable costs. This is possible by modifying the Apprentice Act and the Factories Act. As a result, a skilled personnel is essential. This boosts the country’s worldwide competitiveness.

It should be noted that stainless steel demand in India has surpassed 3 million tonnes since 2014. The following year’s output was 190 times that in 1978. India is on the right route to enviable growth by focusing on quality.

Critical role of steel in railway tracks : Railway tracks weren’t always made of steel, and in some cases, they weren’t even made of metal. The earliest railroad tracks were built of wood, but they were shortly changed due to their unreliability. Wooden tracks were occasionally coated with iron, but that, too, was quickly abandoned in favour of steel, Read more to know more about it.