Understanding the Role of Common Metals Used in Construction 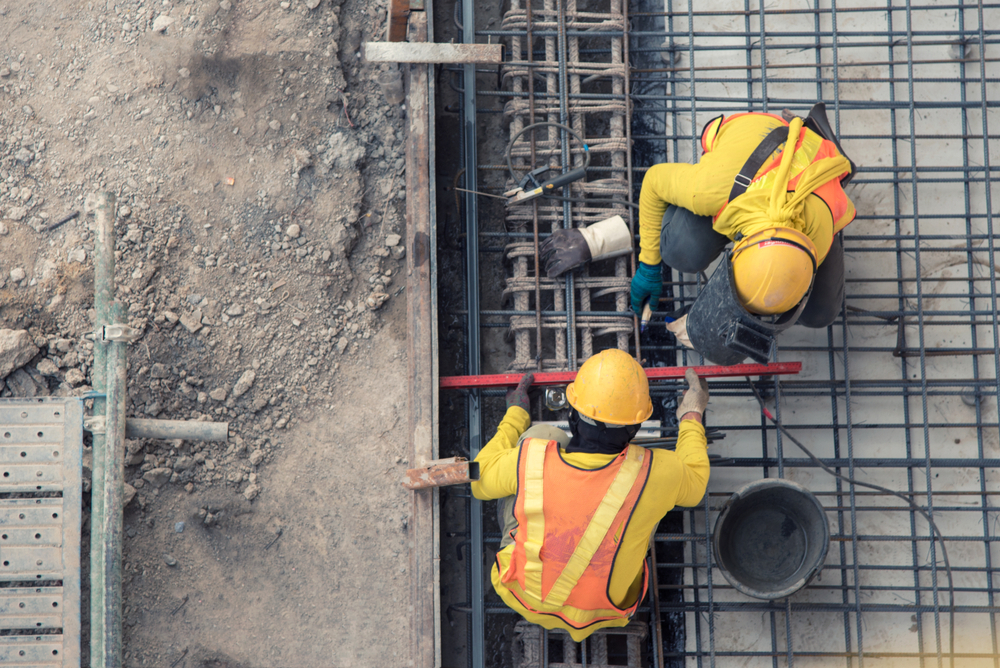 Why are Metals used in Construction?

Metals are robust compounds that are typically strong, lustrous, malleable, fusible, ductile, and have excellent electrical and thermal conductivity. Due to their longevity and strength, metals are widely utilised in the building industry to create structural components, pipes, cladding materials, and other components.

Metal structures, on the other hand, are rare amid destruction since they are considerably more resilient than timber ones. The durability, efficiency and minimal maintenance of metal have made it the material of choice for architects, building owners, designers, and general builders for years.

Metals such as copper are resistant to corrosion, creating blueish-green patinas that are composed of copper carbonates, sulphates, and sulphides. Roofs made of sheet copper are lighter than hardwood shingles and considerably lighter than slate, tile, or lead shingles. In order to create watertight seams and arches and domes, roofing copper may be easily folded and formed over the curved structure.

Copper’s original cost was relatively expensive, but its long lifespan more than made up for it. As an alternative, copper may be bent and angled to fit around chimneys as well as roof edges and dormer windows. In order to prevent damage from galvanic activity between the different metals used with sheet copper nails, screws, and bolts must be manufactured of copper or copper alloy.

For ornamental purposes, copper products were utilised for architectural decorations, siding and ceiling or sculptural work. The Statue of Liberty is a well-known example of such a structure.

Some of the copper alloys used in architecture include bronze, a copper-tin alloy, and brass, a copper-zinc alloy.

It’s safe to say that copper products would be at the top of the list if you ranked metals according to their flexibility, and that’s not exaggerating. Copper’s characteristics allow it to be used in more applications than most other metals combined. There are numerous mechanical qualities that make copper products a superior choice: ductility, malleability, electrical conductivity, and machinability among others. In the building industry, copper products are widely used in the plumbing system, notably in the tubes and conduits that carry gas and hot water to and from the house. Copper products are also frequently used to coat exterior surfaces.

Lead’s low thermal conductivity allowed it to be widely used throughout human history, despite its high cost. In the early days of architectural sheet metal production, lead was one of the first metals used. Until the late 19th century, lead was often used in water pipes.

Lead does not corrode and has been used for roofing, flashing, gutters, downspouts, and conductor heads for millennia. Low-pitched roofs were ideal for lead since steep roofs tended to crawl. Lead roofs in locations with substantial temperature changes, such as the mid-Atlantic states, deteriorated from continuous expansion and contraction, known as fatigue.

Window panes in skylights and stained glass were also commonly made of lead. Aside from that, it was also utilised to create tiny pieces of sculpture and garden decor. When it came to paint, red lead was utilised as an anti-corrosion pigment for iron and white lead was used as paint for wooden homes. When it came to protecting exterior coatings, lead-based paint was one of the most lasting. Because of worries about lead poisoning, lead paint has been banned on most structures.

For structural applications, tin is too soft to be used on its own, therefore it is usually alloyed with other metals such as copper to produce bronze or coated on tougher metals, such as tin-plated iron or steel. 90% copper and 10% tin make up most engineering bronzes, although the composition can vary significantly.

Sheet iron or steel coated with tin was used as a form of construction material. “Tin roofs”, which is a kind of tinplate, was first used for armour and then for roofing. Decorated windows, door lintels, and stamped ceilings were all made from Tinplate. Metal ornaments produced from tinplate were an economical alternative to plasterwork since they were imprinted with designs. The use of tinplate for roofing and flashing is still widespread today, but the initial cost is higher than that of asphalt shingles or built-up roofs.

Stainless steel products are one of the oldest construction materials known to humankind today. Because of the metal’s corrosion and stain resistance, it has been utilised for centuries to build structures that are still standing today. Alloys of many different metals are used to make stainless steel products, and the proportions of each metal may be changed to produce stainless steel of varied qualities. Steel 301 is the most popular grade since it’s ductile and easy to weld.

For roofing, pure zinc was utilised instead of more costly copper or lead. Zinc in its purest form is prone to creeping at normal temperatures. It was in 1837 that zinc-coated metals were first patented, using a “hot dipping” procedure to coat sheet iron with zinc. It wasn’t until 1839 that sheet iron roofing was “galvanised.” Also, decorative architectural features were commonly cast in zinc since it was easy to shape, relatively affordable compared to stone, and could be coated to mimic more expensive metals, like gold and silver.

In addition to being harmless, zinc oxide paint was also resistant to pollutants. They also had the added virtue of being effective rust inhibitors on iron and steel. The usage of pure zinc roofing and decoration declined in the early 20th century. It is currently gaining appeal as a construction material in its pure form (99.95%). As a rule of thumb, structural grade Zinc is 99.99% pure zinc with trace quantities of titanium to lower coefficient of thermal expansion, as well as copper to increase workability. The exact alloy composition varies from maker to manufacturer, and it determines the final patina colour of zinc.

Zinc acquires its unique glaze with time, changing from bright silver to matte blue-grey in appearance. In order to speed up the natural patination process, several producers provide pre-patinated finishes. Metal alloys such as brass and nickel silver still include zinc, as does the electroplating of steel. For roofing nowadays, galvanised steel and pure zinc material, generally in the form of Double Locked Standing Seam panels, are utilised. Titanium has been added to most architectural zinc to minimise creep. Galvanized nails and sheet metal ducts are also widely used in the construction process.

Copper comes in a variety of alloys, including one of the most well-known metals: bronze. In terms of usefulness for building, however, one copper-based metal stands out: brass! Door hinges, doorknobs, and stair railing trim are all made of Brass products.

Brass products also play a vital role in making the outside and inside of a structure.

At Prashaant Steel and Alloys, we provide premium quality metals used for a variety of applications, we maintain constructional standards in our products to ensure reliability and consumer satisfaction.

Our stainless steel products, copper products, brass products and various others are the industry’s best.