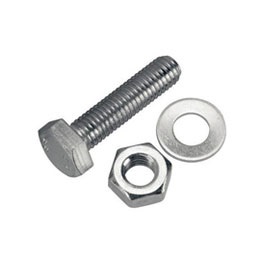 Tempering of our Alloy 410 Fasteners in the range of 750 Degree F – 1050 Degree F results in decreased impact toughness and somewhat reduced corrosion resistance. These Grade 410 Fasteners are often used in Petroleum fractionating structures, Bolts, screws, bushings and nuts, Shafts, pumps and valves, Gas turbines, Mine ladder rungs, and so on. Our Type 410 Fasteners are magnetic in both the anealed and hardened conditions, and are generally used for applications which involve mild corrosion, high strength, and heat resistance. For solution annealing, slow controlled cooling from 1500 Degree / 1600 Degree F, and for hardening of AISI 410 Fasteners, heat to 1700 Degree F / 1850 Degree F, after that quench in air or oil. Our 410 Stainless Steel Fasteners are readily welded by all standard methods, where post weld annealing is recommended to retain maximum ductility.

The ASTM A153 specification covers zinc coating (hot-dip) on iron and steel hardware. A newer and more appropriate specification developed in 2005 covering the requirement for hot-dip galvanizing of bolts, screws, nuts, washers and other threaded fasteners is ASTM F2329. It is not yet widely used since many of the ASTM specifications covering bolts, nuts and washers do not reference it. As soon as revisions referencing F2329 are made to these fastener specifications, F2329 will become more common. ASTM A123 is a related hot-dip galvanizing specification covering iron and steel products made from rolled pressed and forged shapes, castings, plates, bars, and strips. 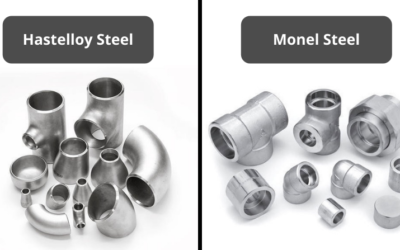 Hastelloy vs Monel – What is the Difference?

What exactly is Monel? Monel is largely made of nickel and copper (52-67 percent), with minor amounts of silicon, manganese, iron, and carbon. It is a type of...

Want to get in touch? We’d love to hear from you! Here’s how you can reach us…


Our team is happy to answer your sales question. Fill out the form and we’ll be in touch as soon as possible.